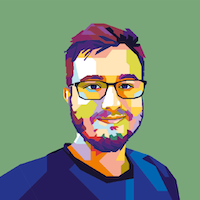 Subscribe to my newsletter and never miss my upcoming articles

I recently wrote a blog post about how I use NVM to manage my node version. Someone commented on the post saying I should look into Volta

Volta is a command line tool used to manage your Node.js. It is built using Rust and is shipped as a static binary that can be run on Windows and all *nix shells. The goal is to make sure every developer working on the project seamlessly has the same tools and versions installed.

The installation is simple.

The script installs the binary in ~/.volta and adds ~/.volta/bin to your systems path inside of your ~/.bash_profile, ~/.profile, and ~/.bashrc.

Now you can start using Volta to manage Node.js.

You can easily install node using

Now node should be available to use whenever you open your terminal.

If you want to set Volta to always load a specific version of node for your active package you can use pin.

This command will store your pinned version in your package.json.

Every time you navigate to your project, Volta will automatically set your active node version to whatever is pinned.

You can even install and pin global packages like yarn using Volta to make sure everyone on your team is using the same version for their global packages.

How does Volta compare to NVM?

When opening a terminal, NVM usually takes about 0.5 to 2 seconds to source in bash if you have a default node version set. Volta does not seem to add any load time.

You can pin node version for your projects using both tools. NVM uses a .nvmrc file and Volta adds a key to your package.json. Volta can also pin versions for global NPM packages used for the project.

What tool will I be using?

Even though I have been using NVM for almost 4 years, I think Volta takes the crown. I plan to use Volta for managing all my Node.js needs from now on. The speed and simplicity of the tool just makes it the better choice. NVM, I am thankful you for all the headaches you have saved me in the past but I think it is time to move on. 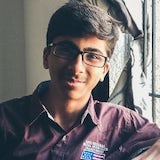 I haven't used nvm yet because I want to work with the latest version of node. But sure I wanna try out this new thing: Volta.

Does this mean that we can install a specific version of node for a specific project we wanna build? 🤔

Thanks for bringing this to us Corey! 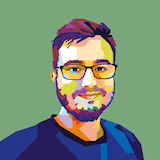 I do recommend trying each one out yourself.

Corey O'Donnell Yes but, I personally haven't encountered any issue with any version of node.

If possible, can you please write a blog-post on what is the need for using different versions of node